GEEK FUEL is a monthly comic con in a box subscription service that will run you $23.90 a month with shipping included.  If you order multiple boxes at once though you will be hooked up with various discounts and bonuses. Is December’s box worth the cash?  You be the judge 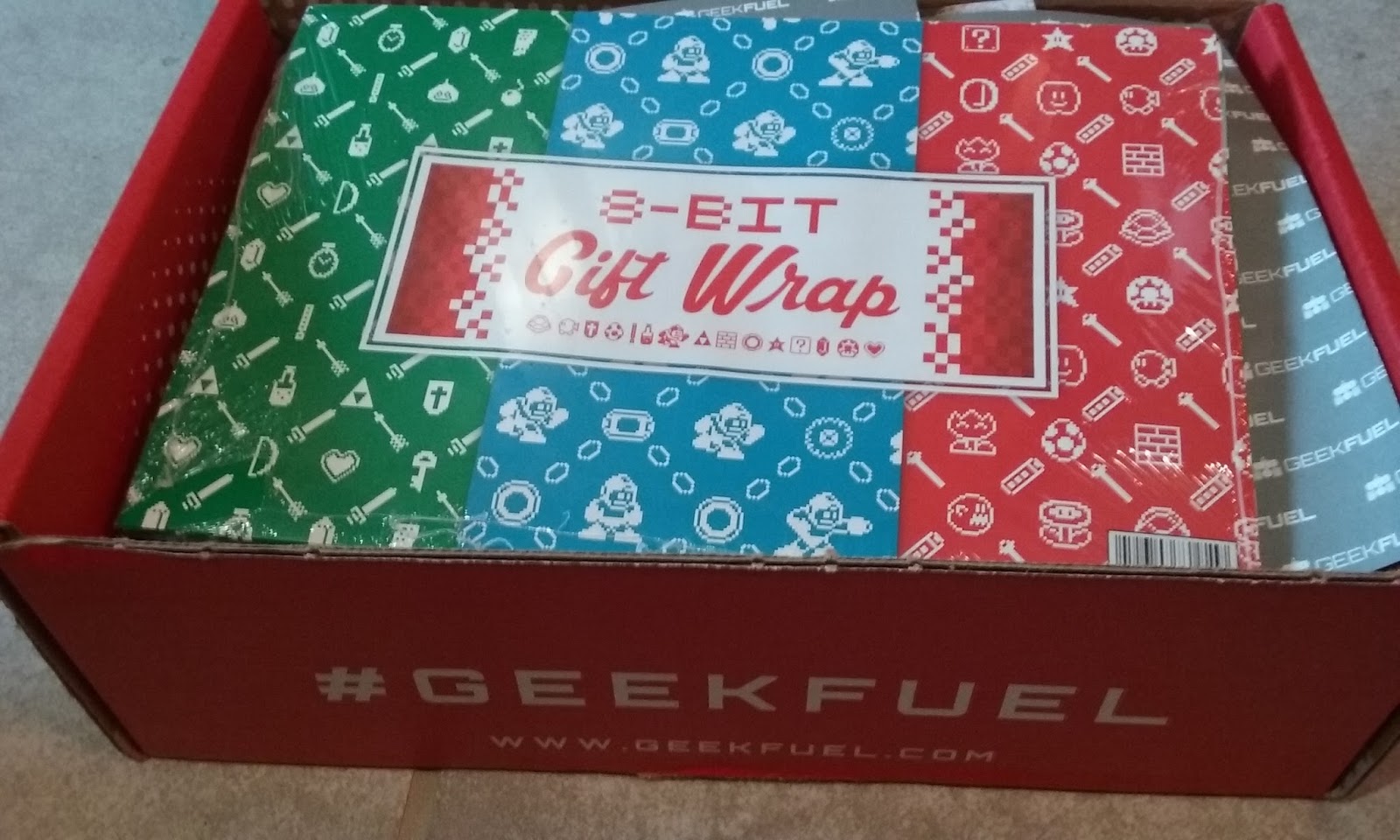 December’s block was massive, with a few really cool items.  I received Bart Simpson’s Manual of Mischief.  This is a hard cover book in the vein of Underachiever and Proud of it, from the 90’s.  As a multi decade Simpsons fan this was great and is a perfect coffee table book.  Some subscriber’s received Homer Simpson’s Little Book of Laziness from the same series.  The other big item was a Death Star mold.  While I now have multiple Death Star ice cubes this mold can be used for chocolate as well.  This box came about a week before Christmas and the sheets of 8 Bit Wrapping Paper are great for anyone with just a little bit more to wrap, and you even get a Geek Fuel gift card.  Smaller items were liquid candy Lightsabers and a BB-8 eraser.  The eraser is a cool little get.  I just don’t like getting candy in the mail personally.  Lastly December’s crate comes with not one but two Steam Games.  Devil’s Bluff and Bloo Kid 2.  Devil’s Bluff is awesome, and I have not gotten to Bloo Kid 2 yet.  If you like Steam Games this is where each month Geek Fuel steps it up compared to other monthly subscription services. 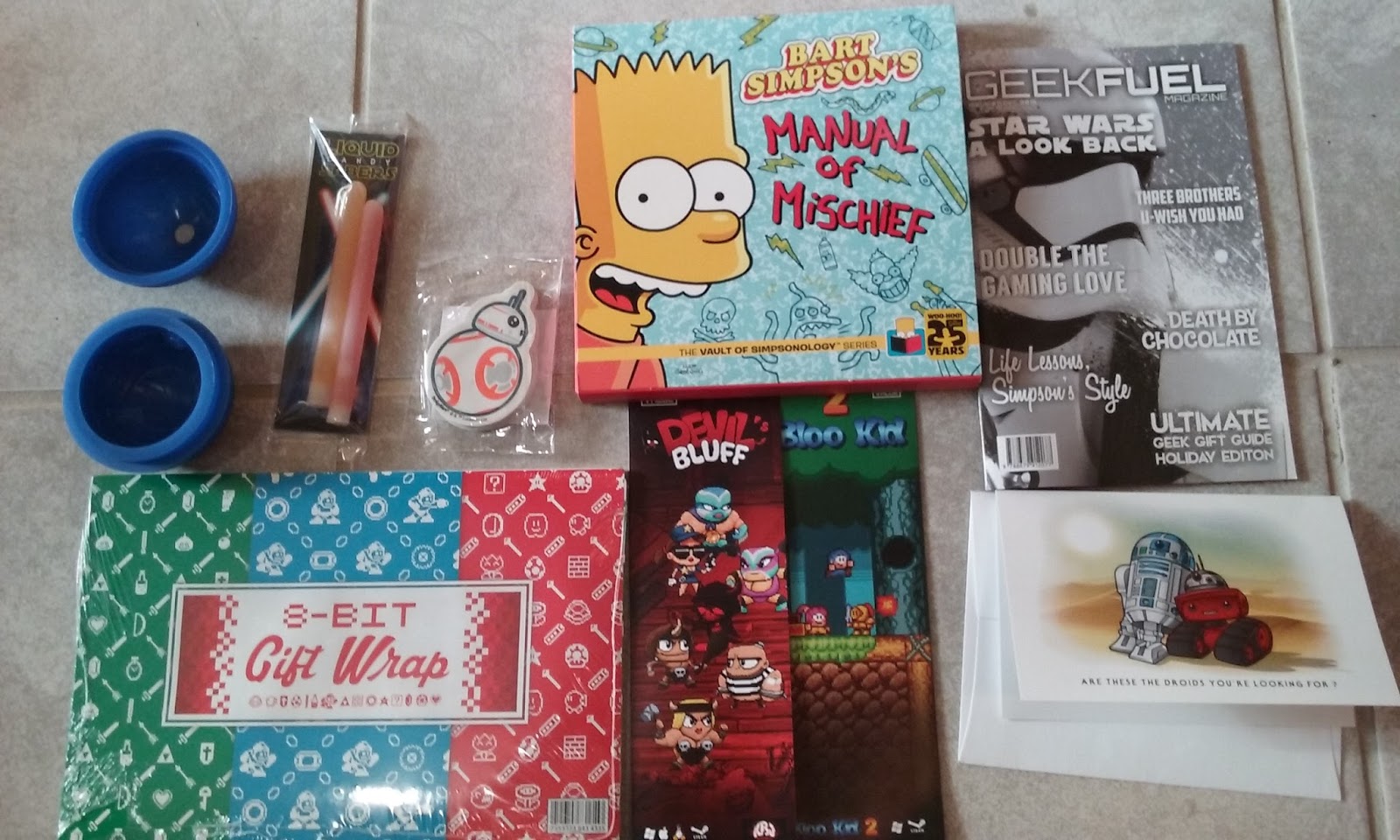 So was this month’s Geek Fuel worth your money.  Only you know that, and it depends on the franchises included.  That being said this box kicked ass in my mind.  Also at $23.90 it is cheaper than the other subscription boxes by seven to seventeen dollars on average. 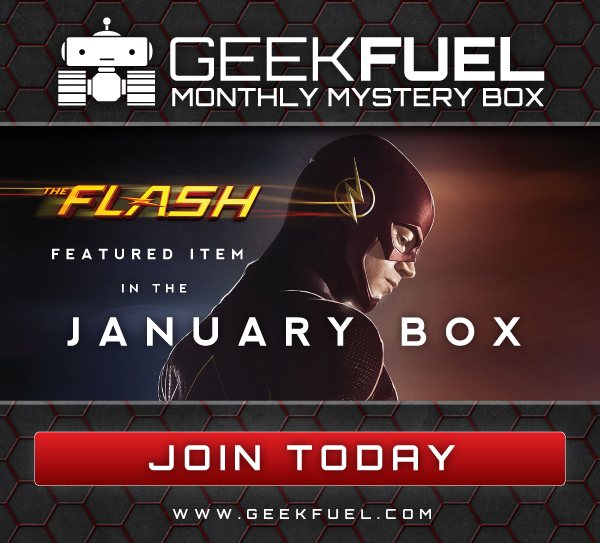 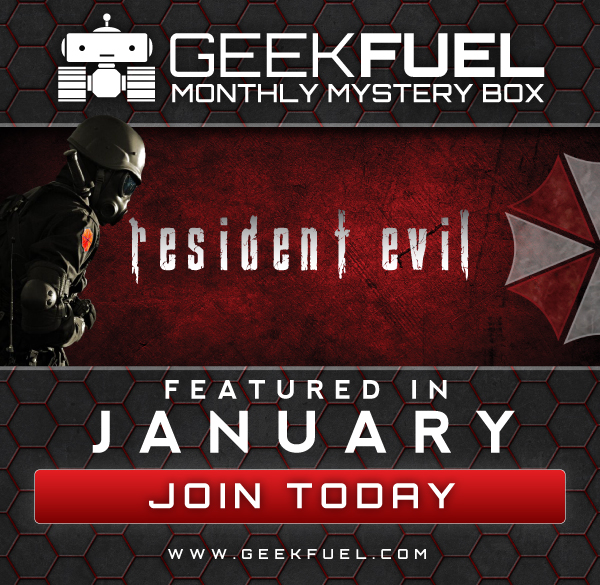