My Little Pony: Friendship is Magic “The One Where Pinkie Pie Knows”

It’s always interesting for the episode that follows a 10 star one. Last week we had the unexpectedly fantastic “Crusaders of the Lost Mark,” where we saw Apple Bloom, Sweetie Belle, and Scootaloo acquire their Cutie Marks. Today’s story stars Pinkie Pie. She has had only one episode thus far this season, “Party Pooped,” which wasn’t anything spectacular. She was definitely due for another one. “The One Where Pinkie Pie Knows” features a great plot development, though everything else is on the mediocre side. 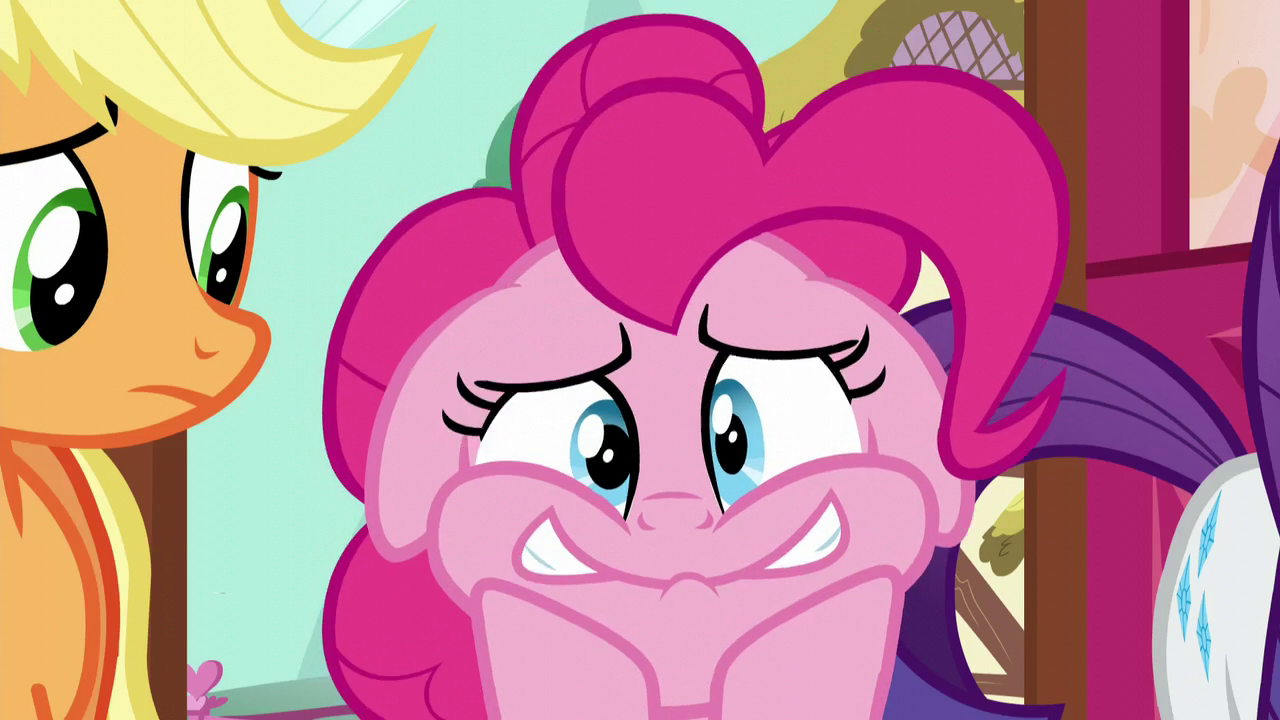 The episode is built around the premise of married couple Shining Armor and Cadance having a baby. It’s an exciting plot point one doesn’t see often in cartoons anymore. (Or at least taken seriously.) While that’s very good, the story is about Pinkie Pie attempting to hold in that secret and not tell anypony else. It might be funny for a few moments, but the recurring jokes fall flat after awhile. I think it’s a little exaggerated how tough it is for her to keep the secret. Yes, it would be hard for a pony as frantic as she is, but it’s just over-done. Actually, when you really think about it Pinkie should be a master at keeping secrets. As evidenced way back in the Season 1 episode “Green Isn’t Your Color,” she did her best to convince Twilight not to give out the secret that Spike had a crush on Rarity. What happens in today’s episode just doesn’t make too much sense with that in mind.

There isn’t too much to say about this one. It’s nothing we haven’t seen before in other shows. Pinkie Pie can be written great, but this is not one of her better portrayals. That’s not to say Gillian M. Berrow’s writing is bad, because all the other characters are written well. The lead-up to the realization of the baby for the characters was okay, but it makes me think that if the episode didn’t reveal the twist at the beginning the story would have been far more engaging since the viewer gets to figure it out along with the Mane 6. A strange thing is the plot point of Twilight taking out all of Shining Armor’s favorite things when he was smaller. Wouldn’t he be a bit suspicious that maybe she knew about the secret because of this arrangement? On another note, how come there was no repercussions for Spike literally destroying a collectors comic? (The equivalent of Action Comics #1.) As a longtime comic collector, that part was just brutal to watch. 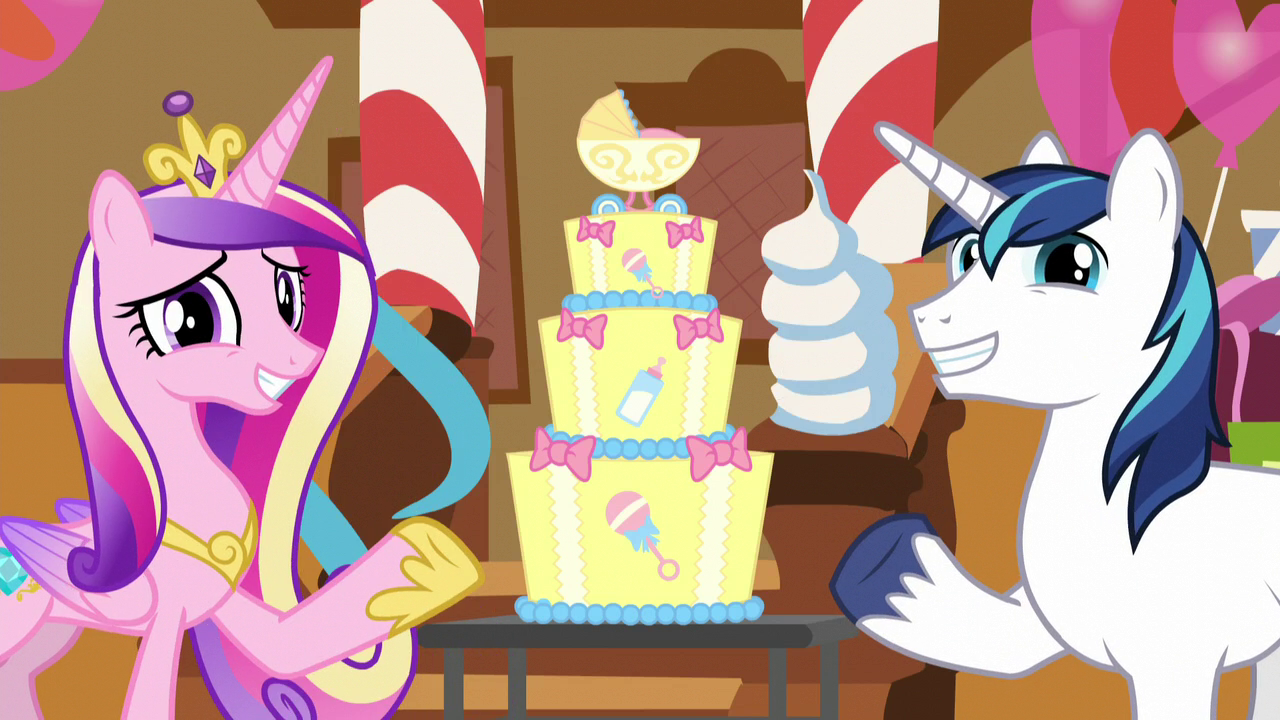 Overall, “The One Where Pinkie Pie Knows” stands as one of the more mediocre Miss Pie adventures. The idea of Shining Armor and Cadance having a baby is a great plot point, but is drowned out by the rather annoying Pinkie Pie parts.