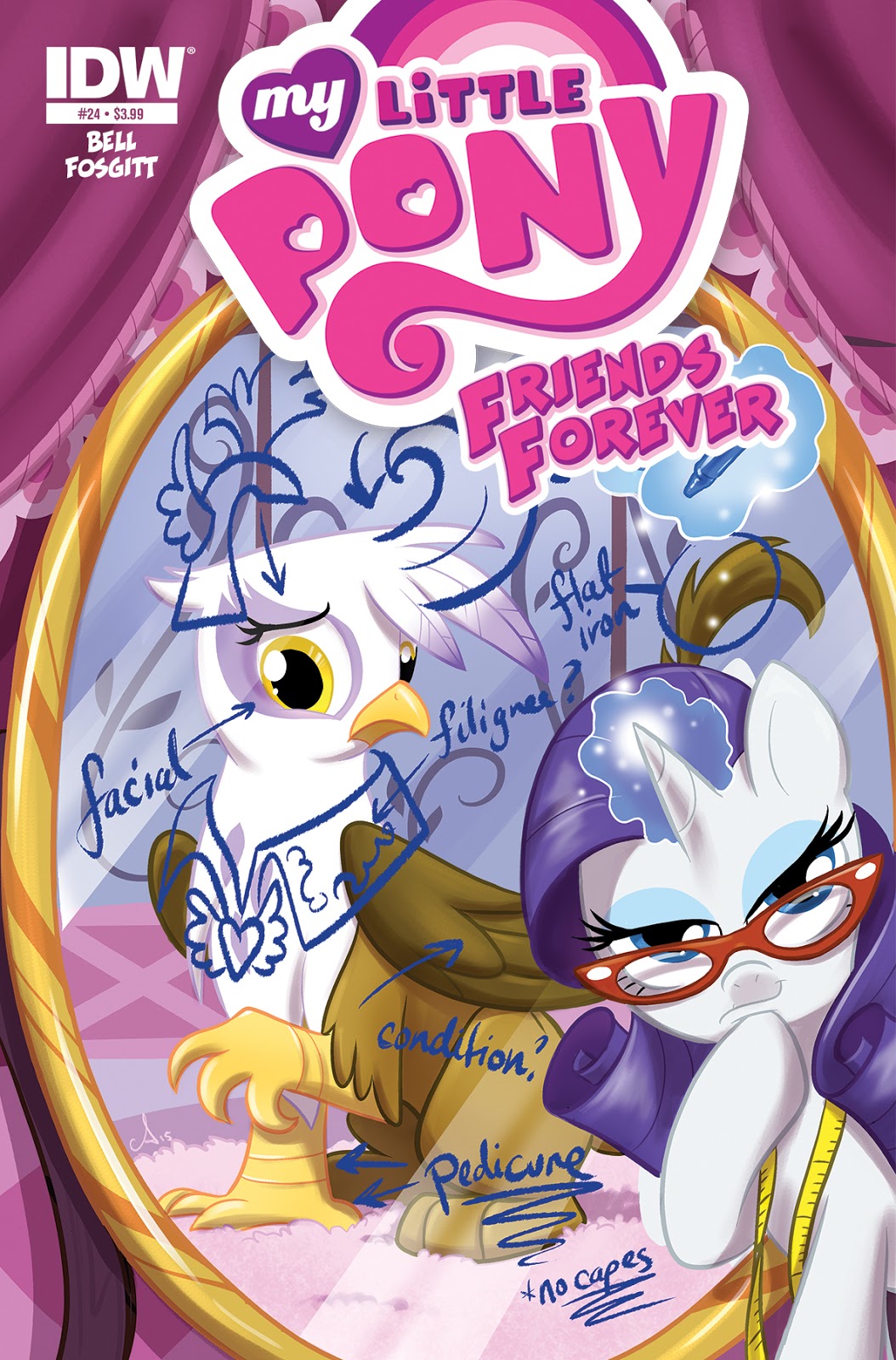 Rarity heads to Gilda’s home town in the latest installment of Friends Forever! How does it fare? Let’s take a look.

Here’s the official description from IDW:

Rarity has found a very difficult client in the form of Gilda the Griffon! Gilda demands the perfect uniform for a new sports team in Griffinstone. Rarity travels to the desolate kingdom and realizes there is more than fashion to be accomplished in the home of the Griffons!

Rarity has had very little interaction with Gilda, so this issue’s team-up concept was certainly anticipated. One of my favorite aspects is that it also serves as a sequel to the Season 5 episode, “The Lost Treasure of Griffonstone.” That episode was monumental because not only did it bring back Gilda from Season 1, it also saw massive character development for her. Now, she understands the true meaning of friendship. Interestingly, when you think about it, Gilda is pretty much the opposite of Rarity, since the former has a personality similar to Rainbow Dash. The team-up story here was a nice read, especially with an MLP drought for now.

Georgia Ball crafts a very good script. Rarity is not into sports at all, so to have a legitimate reason for her to participate in one was challenging, but nicely done. What I like is that while perhaps not knowing much about it, Rarity always gives a task her all, even if she doesn’t particularly enjoy it. If it helps another, she’ll give it her best shot. Georgia really nails her character. Gilda was very good throughout. Her new personality is lifted straight from Lost Treasure. Though, I thought her shift to extremely overbearing was odd, even considering the extra pressure she was given of being assistant director. I thought the coach plot was a little extreme with Firegem. But, the moral was definitely very good. Someone shouldn’t be like a person they admire when they know the person is wrong. 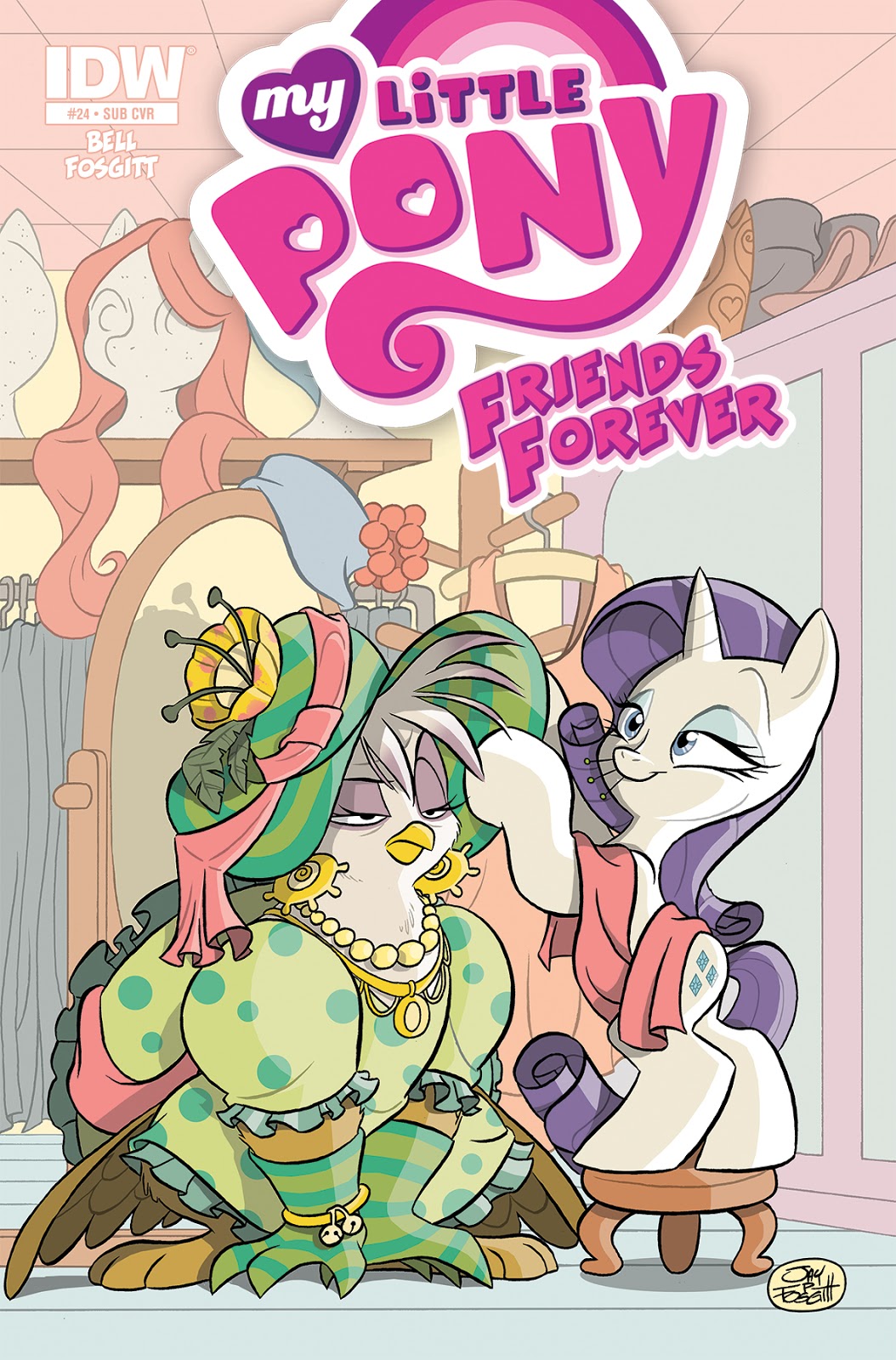 While I’m not a huge fan of Jay Fosgitt’s style, it definitely worked here. In fact, I would say this is his best drawn issue yet. (The characters don’t look like fillies.) Rarity’s facial reactions are priceless throughout. Both covers are very similar. It just depends on whose style you like more: Amy Mebberson’s or Jay’s. Though, the covers give the impression that the story is about Rarity and Gilda with personality clashes, when it’s really not about that at all. Depending on the person, that could be a negative. Heather Breckel’s coloring is solid, as usual.

Overall, this was a really good issue of Friends Forever. Its simplicity is nice and the lesson is solid. Rarity and Gilda make for an interesting team. Hopefully we’ll see the two again someday.