After a set of (probably embarrassing) online leaks of photos from the Star Wars EPVII film set in Abu Dhabi, J.J. Abrams fires back at the internet in the most unexpected of ways.

Namely, he got on Twitter and tweeted a photo from the set: 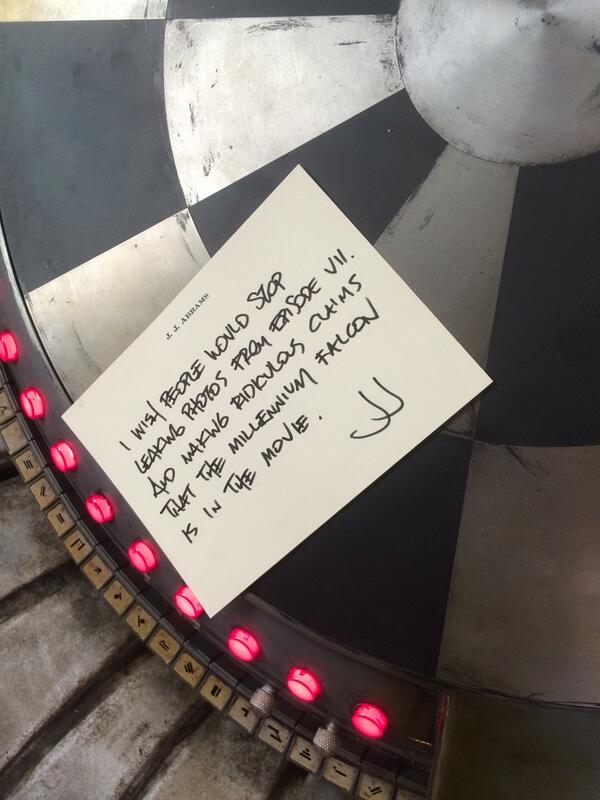 In case you can’t read that chicken scratch, the message says:

“I wish people would stop leaking photos from Episode VII. And making ridiculous claims that the Millennium Falcon is in the movie. – JJ”

Geek journalism analysts believe that the table in the photo is actually a “Dejarik table” which was seen in Star Wars EPIV: A New Hope. The table is a holographic chess game that was played by Chewbacca and R2-D2 aboard the ship in one of the film’s scenes.

This would mean that director J.J. Abrams was being coy and ironic when he tweeted that picture, but frankly, we here at Unleash The Fanboy can’t say what it means for sure. 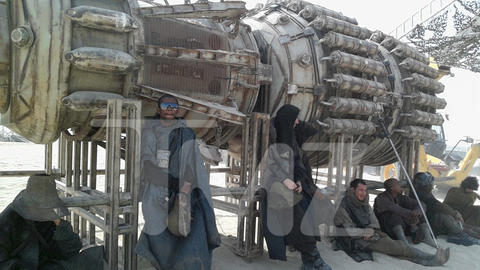 The only way to find out is to send an unpaid intern our best investigative reporter undercover to the Star Wars EPVII film set in Abu Dhabi, UAE: Michael Moore.

Michael Moore did what any undercover reporter would do to sneak into a Star Wars EPVII film set; dress up in a Jar Jar Binks costume and clumsily walk on set, hoping people think it’s actually Jar Jar Binks. 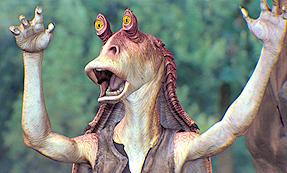 Tripping over his tongue and flailing his arms on his way to the first trailer, Jar Jar Moore started to notice that some crew members were giving him weird looks, almost as if Jar Jar Binks wasn’t supposed to be on set.

One crew member approached him and said, “Hey, bro. You okay?”

Coming up to a large storage warehouse, Jar Jar Moore knew that he was on the right track; this must be where (allegedly) the Millennium Falcon is. He pushed the door open and walked in, trying to make as little annoying noises as possible (as much as a Jar Jar Binks can).

“Hey, you! What the f*ck are you doing here?” yelled a very grouchy man from the other side of the room. “Security!” It was none other than J.J. Abrams.

J.J. Abrams: We don’t want you f*cking up this movie, too!

(Jar Jar Moore started being escorted out by security)

The other crew members looked bewildered at the events that just transpired. No one ever saw J.J. act that way before.

J.J. Abrams: What are you looking at? I just saved this movie.