Dance With The Devil…In the Pale Moonlight.

So there are a great deal of Prince pieces being written right now in response to his death, and here is another one.  I first realized he existed when as a young second grader I bought the Batman Soundtrack, thinking it contained the amazing Danny Elfman score from the film.  What I heard instead I really didn’t know what to think of.  It was crazy, I kinda liked it and I kinda hated it.  However with the dialogue clips throughout the album I listened to it repeatedly. 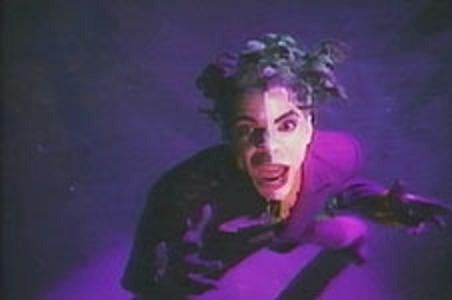 Later I would become a Prince fan, but it was that album that still sticks with me on a nostalgic kick.  But that my friends wasn’t the full album.  One track was cut.  The best track composed for the record.  A song I know the younger me would have been hypnotized by.  It was titled, ‘Dance with the Devil’ and was an anthem for the Joker.  The track is a slow burn song with a dark synth rhythm through the entire eight minute score.  Oddly it was not the length that got it cut, rather it was considered too dark.  It feels like it belongs on the closing credits of an 80’s horror flick right, right after a jump scare that cuts to black afterward.  This makes it a perfect Joker anthem, because he was a psychotic killer in the flick and scared the ever living shit out of the younger me.  ‘Dance with the Devil’ obviously takes it name from the Joker’s “Dance with the Devil in the Pale Moonlight,” line and while never officially released is easy to find online.  You should search it out.