So here we are less than 2 weeks away from the U.S. release of Marvel Studios’ most important film since Iron Man, and I can’t stop thinking about one thing. What is that one thing you ask? Is it concern over Chris Pratt’s ability as a leading man? Nope. I’ve been saying for years what an amazing actor he is and I knew it was just a matter of the right director and right part for him to prove it. Am I worried that Guardians of the Galaxy is going to be Marvel’s first flop? Wrong again my friend. I have full confidence in both the cast (You’ve got Karen Gillan, Michael Rooker, Zoe Saldana, Thomas C. Reilly, AND Glenn Close all in the same movie; how bad can it be?) and director James Gunn that GOTG is going to be another summer blockbuster and potentially the biggest movie of 2014.

No, the one thing I can’t stop thinking about is why Marvel is wasting Vin Diesel on a role that any two-bit voice actor could do? I mean this is THE Vin Diesel, a man who has turned both the Fast & Furious and Riddick films into money-making franchises. Yet Marvel sees fit to have one of the most popular and talented action stars of our generation fill the role of a talking tree. Yeah I get that Vinny D. has a deep voice perfect for spitting out “I am Groot” about 50 times on screen, but someone like Kevin Conroy (the voice of Batman in Batman: The Animated Series) could do just as well and work for a WHOLE lot cheaper. If I were in Kevin Fiege (the man in charge of Marvel Studios)’s shoes, I would’ve had Vin Diesel as the star in one of the following movies. 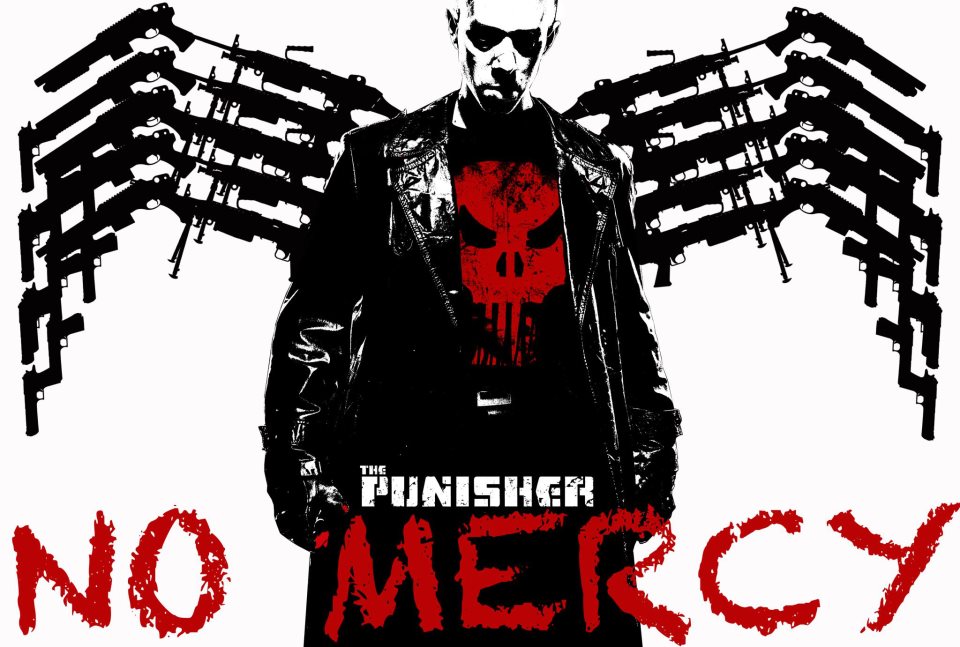 Now granted there have been 2 movies made about everyone’s favorite trigger-happy vigilante (not counting the crapfest Dolph Lundgren movie from the 80s), and both Thomas Jane and Ray Stevenson did admiral jobs portraying Frank Castle. Unfortunately neither of their movies were made under the Marvel Studios banner, and as we’ve seen in the last few years, no company does comic book movies as well as Kevin Fiege & Co. That being said, if Marvel does decide to reboot the Punisher franchise (I for one wouldn’t mind), there aren’t many actors who could pull off Frank Castle better than Vin Diesel. He plays a great badass in almost every film he’s been in and there are few Marvel characters more badass than the Punisher. Plus “Big V” is an expert at pulling off the quietly intense and brooding anti-hero (can you say Riddick). Pop a trenchcoat and a skull t-shirt on him and sit back and rake in the money. Originally introduced in 1986 as the antithesis of Captain America, John Walker a/k/a the U.S. Agent would later become a hero in his own right, even joining the Avengers for a time. Created by Mark Gruenwald and Paul Neary, Walker had powers very similar to Cap’s and even had his own sidekick. When Steve Rogers retired as Captain America in the 80s (this was a very common storyline at the time), John Walker picked up the stars n’ stripes emblazoned shield and followed in his footsteps. Unlike Cap, Walker was both mentally unstable and prone to brutality. Combined with his uber-patriotic views the U.S. Agent was often a handful, to say the least.

Now given that both Vin Diesel and Chris Evans are the same height and of similar build, the role of John Walker would be perfect for Vinnie. Depending on what direction they go with Cap after Avengers: Age of Ultron (and if Evans decides to stick around or not), they could easily introduce the U.S. Agent in Captain America 3. Walker could have been created by the government (or Hydra) as a replacement for Rogers whose mental instability and extremist sense of justice lead him to oppose Cap in the beginning, but he finds the hero in himself in the end and makes the ultimate sacrifice to save the world. Now if you can’t see Vin Diesel pulling that off you’re not doing it right.

Debuting in 1977 as a cosmic enemy of the X-Men, Gladiator is a powerful alien warrior who serves as a protector of the Shi’ar Empire (though recently he’s become the new emperor). The Shi’ar are an intergalactic empire composed of thousand of different star systems under the rule of a single ruler (kind of like Xerxes in 300, but on a much larger scale). Created by Chris Claremont as a homage to Superman, Kallark the Gladiator has many of the same powers as the Man of Steel including: super strength, flight, invulnerability, and even heat vision. The key difference (aside from the purple skin and banging mohawk) is that Gladiator’s powers wax and wane depending on his confidence and resolve.

Now since he was originally an X-Men villain, I bet you’re thinking that Fox owns his movie rights. But, since he’s also been a regular guest star (as both a hero and villain) in almost every title in the Marvel library (especially Guardians of the Galaxy) and the fact that only die hard Marvelites and fans of the classic X-Men: The Animated Series are familiar with him puts the big, purple guy firmly in the hands of Marvel Studios. And with Phase 3 skewering the MCU towards the stars with Thanos being the probable “big bad” in Avengers 3, there’s never been a better time to introduce Gladiator (and show Zack Snyder how a real “superman” is done) than now. This would also give Vinny D another chance to show off his sci-fi action skills and general badassery. If former professional wrestler Dave Bautista can pull off Drax the Destroyer, then I see no reason why Vin Diesel couldn’t handle Kallark the Gladiator.

Here’s another ridiculously overpowered character (actually thought to be one of the most powerful in the Marvel universe), Lord Blackagar Boltagon a/k/a Black Bolt, king of the Inhumans. For those unfamiliar with the Inhumans, they are the result of the ancient alien race the Kree (the dead blue guy that Agent Coulson finds on Agents of S.H.I.E.L.D.) experimenting on prehistoric humans. The result was a race of genetically enhance superbeings that have been both heroes and villains in the world of man. Black Bolt is the leader of the Inhumans, being born of noble blood, and as such is the most powerful of them all. In addition to superhuman strength, speed, endurance, and agility; Bolt has the ability to control the electrons around him with his vocal chords. This gives him the ability to knock over buildings with a whisper and shatter planets with a scream (he once even flayed the skin off the Hulk with his voice alone). Because of this BB hardly ever speaks, choosing to communicate through his royal consort (and cousin…yuck) Medusa.

Now with that long-winded history lesson out of the way, we can explore why this is a great role for Mr. Diesel. First, they have a similar build and I can easily see Vin rocking that black leather suit (even with a glowing tuning fork on his forehead). Secondly, “Big V” is known for playing characters with both a quiet intensity and an air of superiority. And last, but not least, is that Black Bolt is such an epic and important character in the Marvel U that he deserves to be portrayed on screen by someone as badass as Vin Diesel.

Okay, I know what you’re saying, “Silver Surfer has extremely close ties with the Fantastic Four (they named the crappy sequel after him) and therefore his film rights are in the pockets of 21st Century Fox.” And unfortunately you would be 100% correct. Yet, I can’t help but include the legendary Norin Radd on the list and I’ll tell you why. Because out of all the characters I’ve listed here (and all the characters in the Marvel Universe), I feel that none are better suited for Vin Diesel than the Silver Surfer.

I know I’m not the only one who was disappointed with the Surfer’s portrayal in Fantastic Four: Rise of the Silver Surfer ( I wasn’t too happy with Galactus either). Now don’t get me wrong, I’m a big fan of Doug Jones (I loved him as Abe Sapien in the Hellboy movies) and Laurence “Morpheus” Fishburne, but there’s part of my problem right there. It took 2 great actors to pull off a role that Vinny D could do by himself. He has the body to walk around almost nude and painted silver (hell you’ll make your money back from women alone) AND his voice is just as deep as Mr. Fishburne’s. The fact of the matter is this: regardless of whether Fox or Marvel (though we’d all prefer Marvel) decide to make a solo Silver Surfer movie, Vin Diesel is spot-on perfect for the role.

Well ladies and gentledorks, that’s a wrap. I hope you’ve enjoyed yet another one of my fine list articles and I look forward to reading your comments. Be sure to “like” me and UTF on Facebook and feel free to follow me on Twitter. Until next week, may the Dork Side be with you.