The special will also later re-air on Disney XD August 25, and will be available to download from iTunes, Amazon Instant Video, and the Xbox on August 17. Disney’s website will also be hosting an online game starting July 26. 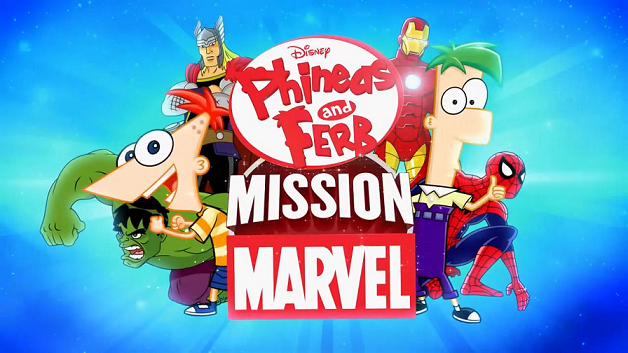 Mission Marvel’s plot is being described as such:

In Phineas and Ferb: Mission Marvel, Spider-Man, Iron Man, Thor and Hulk stand powerless after being struck by Dr. Doofenshmirtz’s power-draining “inator.” Once the Marvel Super Villains – Red Skull, Whiplash, Venom and M.O.D.O.K. – find out that Dr. Doofenshmirtz is responsible for robbing the Super Heroes of their powers, they seek him out and together create mayhem in Danville. Meanwhile, Phineas and Ferb do everything they can to restore the Super Heroes’ powers before the evil villains take over the world.

Most of the characters will be keeping their voice actors from their various franchises. Stan Lee himself will have a cameo, as per usual (try and see if you can spot him!).

Luckily, I’ve watched just enough of Phineas and Ferb that I should know who all the characters are, and I’ve read plenty of Marvel Comics, so this should be fun. Will you be watching?