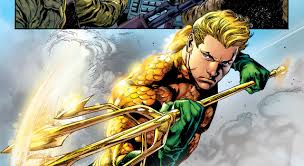 Geoff Johns, publisher and writer for DC Comics, responded to a Twitter follower the other day about an Aquaman animated movie. When asked if the “King of Atlantis” would ever get his own animated film, Johns (@geoffjohns for those who’d like to follow him) responded with a resounding yes. 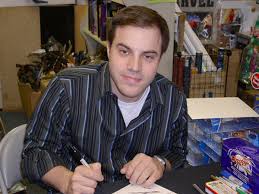 Now this is good news for us fanboys. Aquaman has gotten less respect in the past 30 years than Rodney Dangerfield. From his ridiculous portrayal in the old Super Friends cartoon to him being a whiny biotch on Justice League Unlimited (I’m not even going to get into the countless “Seaman” jokes), Aquaman hasn’t ever really been taken seriously. Only here recently has he been getting his due, with a popular New 52 comic series and being a badass on the new Injustice: Gods Among Us video game.

With his own movie confirmed, the question now is what DC storyline will the movie be based on? It’s pretty much a given that it will feature Superman and/or Batman in some capacity, especially since Warner Bros. decreed that all DCU animated movies must prominently feature Supes and/or Bats (a move they made after films without the “Big 2” in it failed to make much money). It’s probably a safe bet that the movie will involve the Justice League in some capacity. In fact I wouldn’t be surprised if the plot is all about Aquaman’s brother and Black Manta trying to take over/destroy Atlantis (a/k/a the done-to-death storyline that resulted in Aqua losing his arm and replacing it with a fish hook). 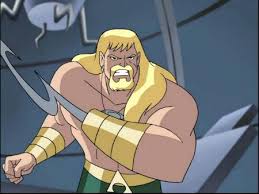 Regardless of what story they go with, I for one am just happy to see Arthur getting his own movie (or at least one where he’s the main focus). Being one of the most underrated characters in comic book history (seriously, this guy has gone toe-to-toe with Superman) he definitely deserves it. I know I’ll be buying it when it comes out. Darth Rick out.