For a movie coming out in 2015, Star Wars Episode VII already has a lot of key jobs locked down. Michael Arndt has either finished the script already or is still writing it, Harrison Ford is confirmed to reprise his role as Han Solo (with Mark Hamill and Carrie Fisher not far behind) and J.J. Abrams directing. 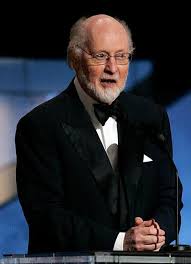 been a bit of debate amongst fans on whether the classic composer John Williams would return to the franchise or whether Giacchino would be doing the score.

Well, speaking at a concert the other week it seems Williams would be very interested in returning. Read what he had to say below:

“We’re about to play Star Wars [audience interrupts with cheers] and each time we play it, I’m reminded of the first time we played it decades ago. Neither I, nor George, nor anyone else involved thought this would go far or in a few years there would be a sequel and I’d have to revisit the themes…and years later another trilogy. Now we’re hearing of a new set of movies coming in 2015, 2016…so I need to make sure I’m still ready to go in a few years for what I hope would be continued work with George…[more cheers].”

From the quote, it doesn’t seem that he’s aware Abrams is directing it instead of George Lucas, however I expect even someone like Williams couldn’t say no to the possibility of returning to a franchise like Star Wars. Some fans have even suggested a collaboration between Williams and Giacchino, and I don’t think that’s too out of the question either.

Who do you want to see score Star Wars Episode VII? John Williams, Michael Giacchino, or someone completely left-field? Share your thoughts below.