As part of his work as spokesperson for the Royal Marine Charitable Trust Fund, the British charity which helps wounded and injured soldiers to begin their transition back into civilian life, Batman v Superman: Dawn of Justice star Henry Cavill took part in a campaign to raise funds for the organization earlier this morning.

Earlier this morning, the Royal Marine Charitable Trust Fund tweeted a photo of Henry Cavill holding a signed t-shirt to be given away for the campaign, and he just so happens to be on the set of Batman v Superman! Dressed as Clark Kent!

In the photo, you’ll see a huge green screen in the background along with a chair that reads “Clark”. 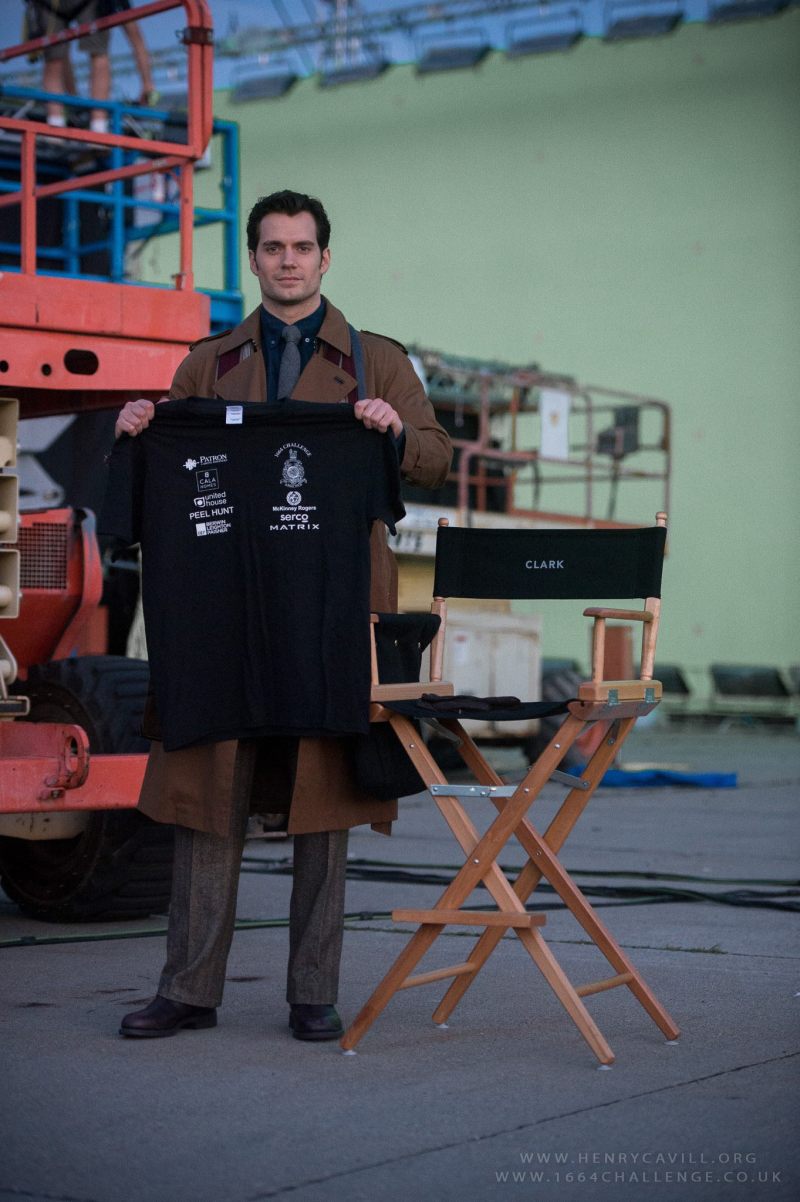 Any Clark Kent fans will be able to recognize what Henry Cavill is wearing in the photo, most notably the brown-colored trench coat which is a staple and iconic piece of attire for the character. The t-shirt is obscuring the center area of Henry Cavill’s body but from the looks of it, it looks like the costume designers decided to add a scarf to the tradition trench coat look.

Almost every incarnation of Clark Kent wore the brown/tan colored trench coat at one point or another. Here are some photos of various different versions played by actors on screen and renditions in the comics for comparison.

Comic cover from the Bronze Age. This look is identical to the one Christopher Reeve had in Superman: The Movie.

As you can see, the color palette carries through into each version, with slight modifications. It is very common to find Clark Kent wearing a mix of navy blue, brown, tan, beige and gray.

I’m really happy with this look especially because it is very cosplay-able. Can’t wait to see more of Clark Kent in the lead-up to the film’s release.

It’s only inevitable that now that we have seen Clark Kent, news of Lois Lane from the set of Batman v Superman will surely come soon. I will be waiting.

Source: Batman-News
Bader Noaimi is an aspiring writer with a love for all things Lois Lane, Clark Kent and Superman (at least for now). They like to write about social issues in comic book culture and seeks to ruin their friends' lives on the internet. A "Literature" student for nearly all of their life, they want to prove to people that comics are serious business. No matter what their mother says.