Why Do So Many Critics Hate The Hobbit?

As our site name reveals, we’re a big lot of article churning fanboys here at UTF, so when we finally experienced THE HOBBIT : AN UNEXPECTED JOURNEY in all of its 3D glory, we were the happiest folks this side of Bree… as they say. We even went as far as to give the flick a perfect 5 Stars in our advanced review, heartily recommending it for our readers.

Strangely, the critics haven’t been as quick to embrace it. As we speak, Bilbo’s cinematic odyssey is sitting at a tepid 65% on Rotten Tomatoes, nearly 30 points below all three of the Lord of The Rings films (with Top Critics awarding it a solidly rotten 42%).  The big question is… Why? 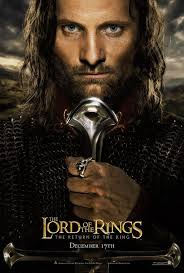 He kinda whisper talks… a lot

Now, I don’t want this article to be misinterpreted as a “F*ck those critics!  They’re wrong I’m right!” style of argument.  They’re perfectly entitled to their opinions and they serve an important purpose, informing movie watchers when and where to spend their hard earned cash.  But I just don’t understand why they loved LOTR and not The Hobbit.

Christopher Orr of The Atlantic said:

It frequently seems as though Jackson was less interested in making The Hobbit than in remaking his own fabulously successful Lord of the Rings series.

And his peer Simon Foster at Screen-Space offered a similarly disparaging review:

For thousands, the Lord of The Rings trilogy was an emotion-filled spectacle; The Hobbit, by comparison, is all pixels and no pulse.

Here’s one more, from Lori Hoffman of Atlantic City Weekly:

My biggest complaint about this latest adventure in Middle-earth is that it is three hours worth of set-up for the next movie.

Peter Jackson’s original adaptations of LOTR were certainly amazing, but after revisiting them over the past 2 weeks, they suffer from their fair share of problems (most of which have been improved on in The Hobbit… if that’s not too bold to say).  A fair bit of the dialogue was overly melodramatic, and some of the acting was damn spotty, especially the elves.  Their slow, languid stares into the camera lens fell flat on sincerity **cough** Celeborn **cough**.  Even some members of the main cast suffered in parts, as seen with the whisper-master Viggo Mortensen and the child-like performance of Elijah Wood.

This dude speaks… so… slow

Mind you, these are all extremely small complaints about movies that have received truck loads of praise, but the faults with them, however petty, are completely addressed in The Hobbit (except for the length of the film, of course).  The acting is vastly improved thanks to the two leads Martin Freeman and Richard Armitage, the previously one dimensional elves are now fully fleshed out, and the melodrama is kept to a minimum.  So why have critics, who were so enamored with Peter Jackson’s other films, taken a dislike to this new one?

They’ve stated their complaints plainly, but each one draws comparison to LOTR, and I’d wager that The Hobbit succeeded in more places than those previous three flicks.

What do you think?