There has been a rise in the Superhero fan base lately with all of these movies and TV shows coming out. The Flash is no different. It has grown in popularity especially now with its second season currently going on, showing on the CW. Fair warning that there will be a bit of spoilers later on in this article, but you will be warned once again before that happens.

For those of you that have not watched Season 1 this will be a bit of a spoiler for you, Season 1 reveals that Dr. Wells, who ran S.T.A.R. labs and was Barry Allen’s mentor was actually Eobard Thawne (Reverse-Flash) who wanted to kill Barry but ended up killing his mother instead. Season 2 is focusing on a new evil speedster named Zoom who came from an alternate Universe or what Barry and his friends call ‘Earth-2’. What everyone currently wants to know is who is Zoom? There have been recent theories about this of course with one of those claiming to be Dr. Harrison Wells himself. Would he betray Barry in order to save his daughter from Zoom? Or would he work with Barry to finally defeat Zoom once and for all? Or perhaps it’s that gorgeous hunk of a man that goes by the name of Jay Garrick? Who knows maybe it’s a girl who we haven’t really paid much attention to. Who says Zoom isn’t a girl?

Now here are the Spoilers below.

Read at your own risk. You have been warned.

In the comic books of The Flash, Eobard is not only the Reverse-Flash but he was also professor Zoom. The question is though whether they will be sticking with the comic book version of that story or if they will change it. Right now three characters are leading up on who could be this Zoom character which is Eobard (Reverse-Flash), Hunter Zolomon (Earth-2 Flash), or Dr. Wells. In an upcoming episode it is said that Earth-2 Caitlin Snow (Killer Frost) and Ronnie Raymond (Deathstorm) will make an appearance later on in the episodes, and after some scuffle happens Barry asks them to help him find Zoom’s lair. It is said that if that happens and he finds that lair, Barry might try to save Jesse (Dr. Well’s daughter).

Tom Cavanagh who plays Dr. Harrison Wells on the show, has revealed to Zap2it, that he knows Zoom’s secret identity but of course only told us a smidge of what we wanted to hear. If anything he leaves us with more questions than answers. 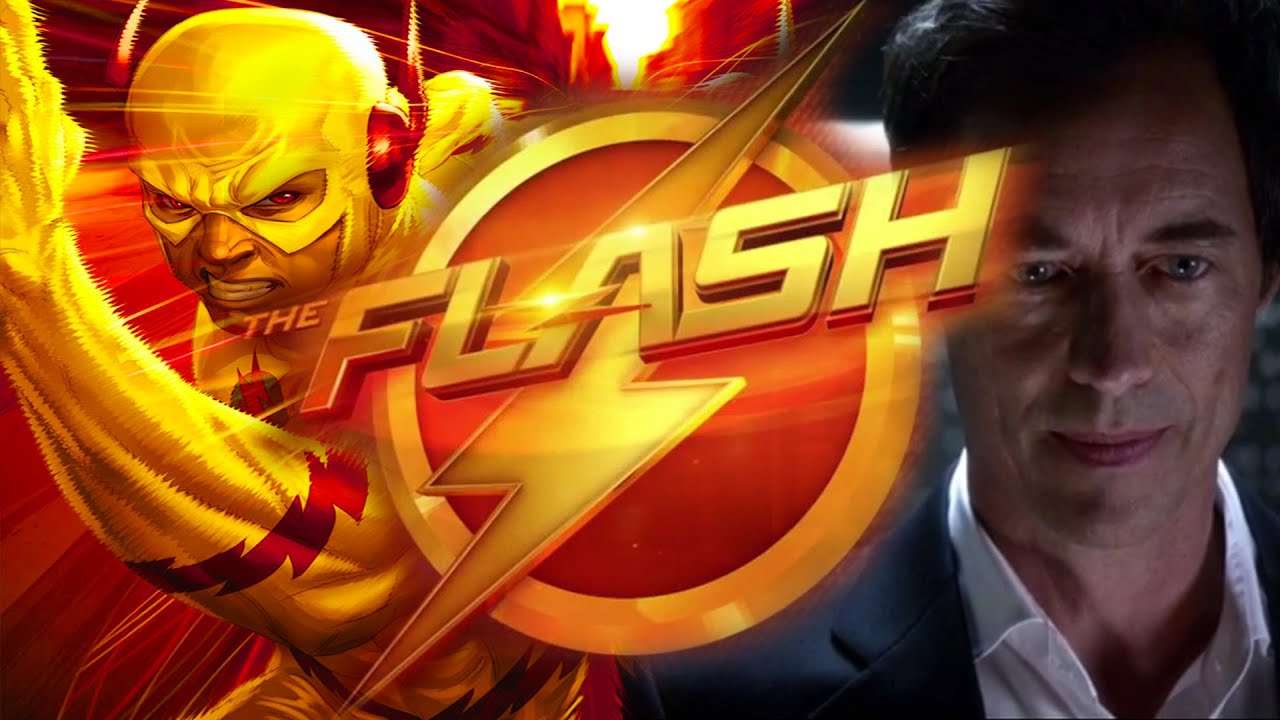 When asked if he knew who Zoom was, Tom Cavanagh replied with:

It looks like he won’t say much more but hey at least it was something, right? Kind of. Okay, not really it’s actually physically draining trying to theorize and patiently wait to see who is behind the suit. Unfortunately, we won’t know until a later episode which they will probably wait until the end of the season to reveal who Zoom is.

For now all we can do is wait for the next episode to air, or binge watch all of them again. Just saying.

The Flash is out Every Tuesdays at 8 PM on the CW.