In a recent interview with Collider, Frasier star Kelsey Grammer not only expressed how much he loved reprising the role of the blue-furred Beast in X-Men: Days of Future Past, but he also stated that he very much wishes to reprise the role in future X-movies. In the interview (posted on GeekTyrant earlier today), Kelsey had this to say about stepping back into the azure fur of the Beast in DOFP:

“Actually I called Bryan, I bumped into Hugh Jackman and he said, ‘Oh you’re gonna be in another X-Men, mate!’ and I said, ‘No I’m not, I don’t know anything about it.’ So I made a couple of inquiries, got a hold of the script, found out that it’s primarily dealing with the past and that timeline I don’t have a place in, but I saw that at the end there was this coda where he made an appearance. I said, ‘Listen, I really want to be involved,’ so Bryan arranged for it and I had a lovely time.” 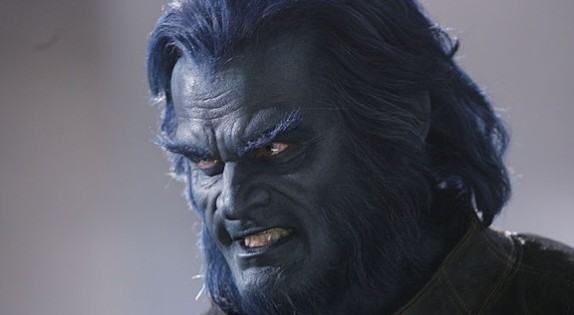 Kudos to Mr. Singer for bringing the well-respected thespian back into the X-fold. Though at first thought to be an odd casting choice (except to me), Kelsey nailed it as X-Men turned diplomat Dr. Hank McCoy in X-Men: The Last Stand. He even broke out McCoy’s classic catchphrase “Oh my stars and garters” (I for one fanboy’d my pants when he said that). When asked if he’d like to “unleash the Beast” again, Kelsey had this to say:

“I hope to do another. I hope they find some way to come up with a new story that involves Beast in my timeline.”

Whether it’s in X-Men: Apocalypse or some other mutant-related movie (hey Beast was a member of the Avengers at one time), Bryan Singer and Fox need to make it happen. If they don’t, we’ll all be blue.