Now That The Series Is A Go, Who Will Play Who in the PREACHER?

I don’t know what makes me happier, knowing so many people really love this comic series, or it’s turning into a TV series by a network that gave us Breaking Bad and The Walking Dead. If anyone who has not read Preacher, do so. There will be no way some of the content will be able to air under current stipulations. It’s a gory, in-your-face, blatantly true, sacrilegious literature. But holy shit, is it hilarious! Now, I trust Seth Rogen and Evan Goldberg will do a fine job with writing the pilot. The series creator and the primary artist, Garth Ennis and Steve Dillon, respectively, both gave their metaphorical blessings to the Executive Producers of the show; Rogen, Evan, and Sam Catlin (Exec. Prod. of Breaking Bad). 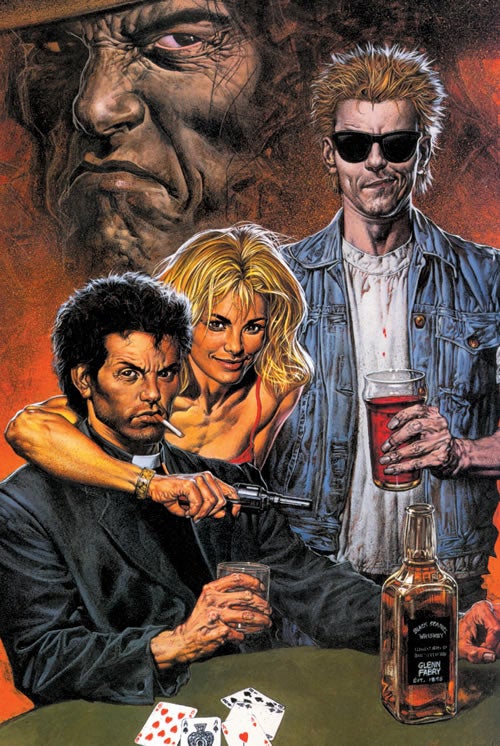 Damnit, I love this comic!

Now, for the most important question: Who will be cast as the main characters?
We have, Jesse Custer, Tulip O’Hare, Cassidy, Herr Starr, John Wayne, and of course, the awesome, Saint of Killers. There are definitely plenty more characters… And there are A LOT of characters!

Me, personally, I like to see new talent cast. But that’s just me always rooting for the underdog. Anyways, I will list established actors who could be best cast for the specific role.

Jesse Custer: James Marsden has always had a positive reaction to fans, so he’s a clear choice.

Tulip O’Hare: Hands down, Katie Sackhoff. She’s a badass and ya need a badass to properly portray Tulip. Her performance as Kara “Starbuck” Thrace is all the auditioning she needs.

Cassidy: No one really comes to mind, except for Lee Tergesen. He’s got the acting chops to be sincere and psycho. Cassidy’s character will be a very interesting psyche to dive into and I think Mr. Tergesen would give a really good interpretation of the character.

Herr Starr: Ed Harris. I mean look at that mug.

John Wayne: For some reason, I would really like to see Jeff Bridges play this role. Maybe it’s because he did True Grit and now he’d be able to really riff on John Wayne.

Jeff Bridges could nail this role.

Saint of Killers: I know everyone wants Clint Eastwood for this role. Hell, I do. But the man is just too old for the part. I think Chris Cooper could nail it. His eyes say it all. 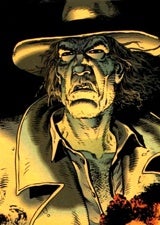 Who would you like to see play your favorite characters of this awesomely written and beautifully drawn comic? All I know is whoever they cast, I will be patiently awaiting to watch my favorite comic come to life on the small screen.