My Little Pony: Friendship is Magic “What About Discord?” Review

The last time Discord had a starring role this season was in the less than stellar “Make  New Friends but Keep Discord.” For the first time we saw why he as a good guy was a bad idea. It was working for awhile, but in that episode we were given a mediocre story and poor lines. It’s sad because he has always been one of the most compelling characters since his appearance in the Season 2 premiere. Of course, “Make New Friends” was just one episode, so I may be sounding a little extreme. Despite that mediocre portrayal, there was hype for this past week’s rather mysterious story. “What About Discord?” had an ominous description, so no one knew what to expect. Unfortunately, I’m inclined to say this one is worst than “Make New Friends” and could be the worst of the season.

Twilight returns from Canterlot to discover that her friends have developed an inexplicably deep bond with Discord. Puzzled by how they became so close in her absence, she starts to suspect that Discord is up to something sinister. 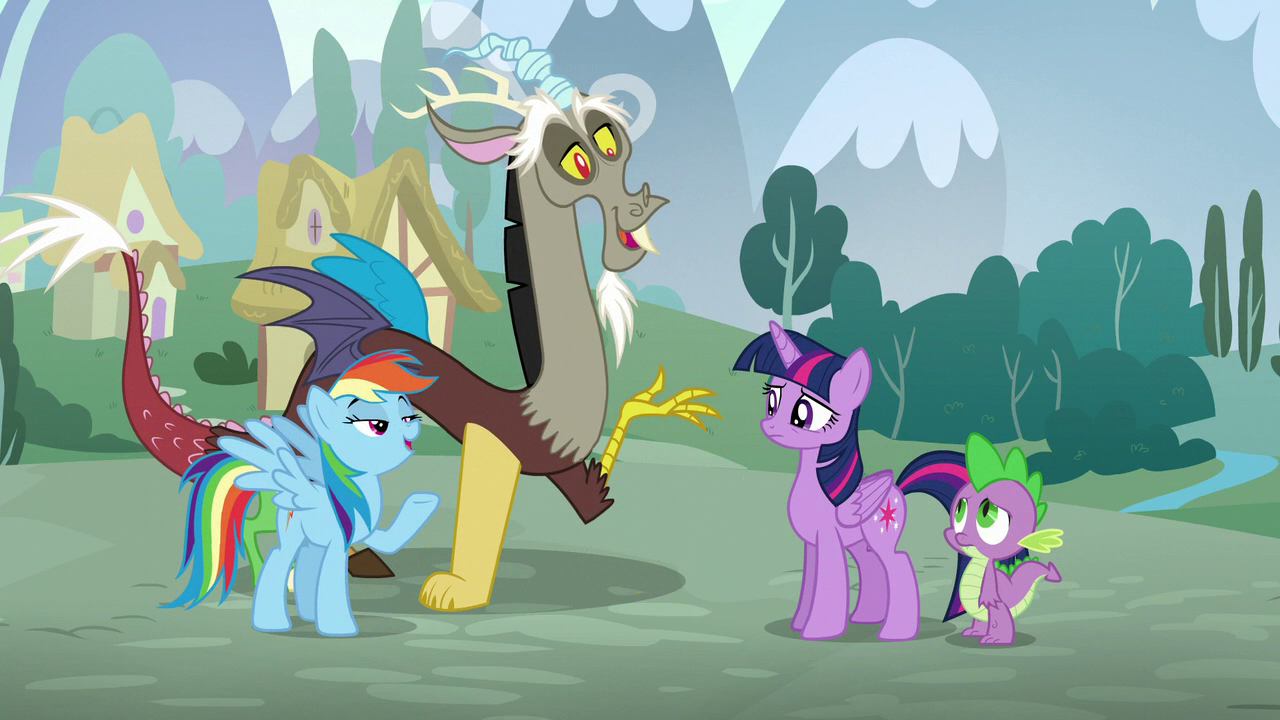 One thing the episode succeeds in is building suspense at the beginning. When Rainbow Dash appeared laughing alongside Discord as if they had been buddies for years it was obvious something was up. Then I’m watching and waiting for something to be revealed. Twilight mentions about the possibility of a spell Discord inflicted on them, and that makes sense because all her friends are talking superficially: nothing seems natural. But the reveal is that there was no spell and they actually did spend the weekend together and became close buddies.

This episode had some of the worst writing in MLP history. The entire story is basically one giant red herring. Each of the ponies talk strange and have overall forced dialogue. (Plus sound unnecessarily mean in some parts.) Discord, like in “Make New Friends,” is rarely funny also. I don’t have a problem with him becoming pals with Twilight’s friends without her knowing, but it happens so unrealistically one has to question exactly what just happened. In the ending the ponies get mad at Discord which brings the series back to the status quo of them having animosity with him, but a second later they’re having a group hug. It seems like there’s all these messages trying to be conveyed which the story does very poorly.

The main message conveyed in the end is interesting. It talks about how friends can be jealous, and that they shouldn’t pretend they aren’t. You can’t overcome something if you pretend it isn’t there. This message is kinda distorted a bit because there are some hints that it’s not okay to get some work done while your friends are being together. Zecora after forever finally appears. While her role is minimal, she has some good lines. Another distorted thing however is how she brings up this question of why Discord shouldn’t be friends with the ponies. This wouldn’t be a bad thing, but again each of them are completely out of whack in terms of actions and dialogue, so Twilight has every right to be suspicious. 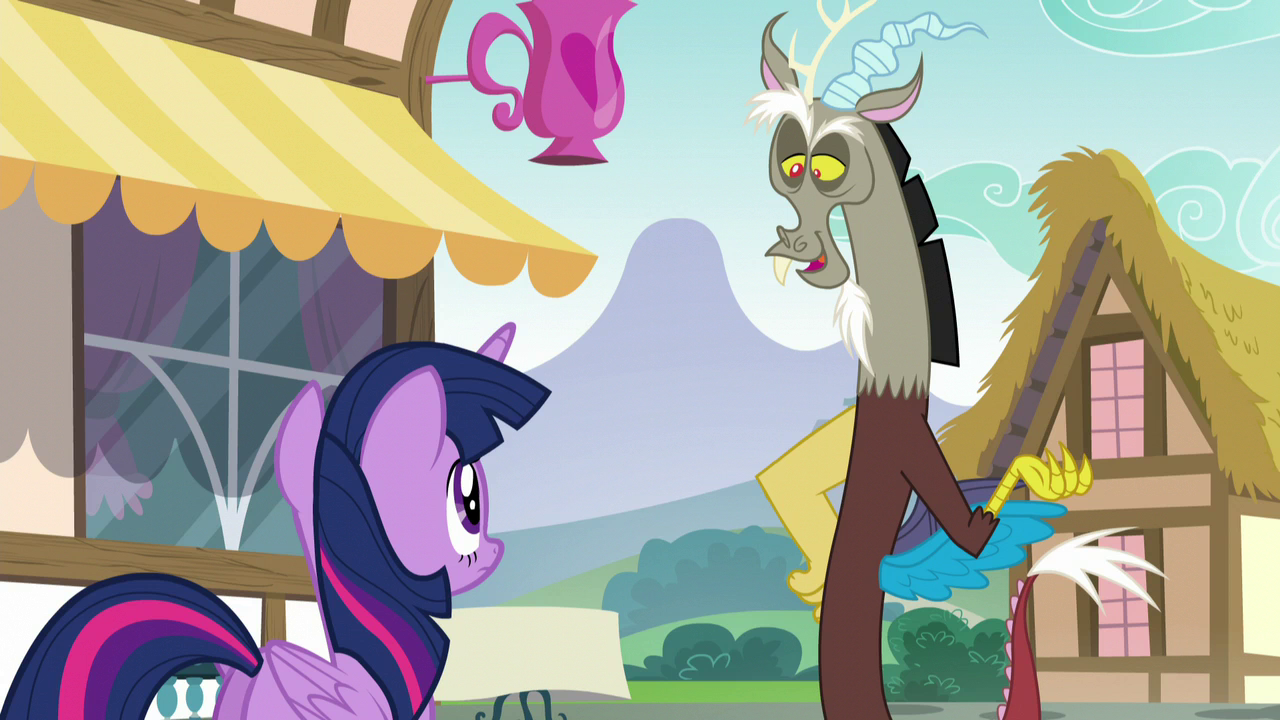 Overall, “What About Discord?” is definitely a pretty mediocre watch. It’s obvious Neal Dusedau had some messages to deliver, but they’re distorted due to the ponies acting like they’re under a spell when they’re not. What we have is the definition of a story throwing away characterizations in favor of forced dialogue to create a red herring for the endgame message.