Top 5 Actors for Bruce Wayne in BATMAN VS SUPERMAN !

While according to a press release by “Superman/Batman” screenwriter David Goyer himself, it’s gonna be called “Batman Vs Superman.” That name is horrendously stupid, so I’m going to stick with the original whilst describing the new sequel starring both of DC’s big boys.

Onto the main subject: Batman. The Dark Knight. The Caped Crusader. The one who alternatively spouts out stupid puns or talks in a gravely-ass voice. Whether your Batman is Adam West or Michael Keaton or Christian Bale, there isn’t a single human being I know of who dislikes Bats.

And now, the time has come to figure out who shall be the next actor to join their ranks. Who will be the new Bruce Wayne?

Note: Some potential options are gone. Michael Fassbender would be an awesome choice but he’s off with Magneto. Joseph Gordon-Levitt would only work as Robin Blake, and this one is obviously Bruce Wayne.

I’m also a bit biased in how I always viewed Batman as slightly younger and inferior to Superman. This kicks out several older actors including Karl Urban, who did a great job as Judge Dredd. The remaining choices are few, but they’re the best options that I can think of. By no means is this a definitive list.

What? This guy?! The dude who had three giant flops in one year?! Granted, John Carter wasn’t nearly as bad as people said. But Battleship and Savages were garbage. One made Transformers look like a classic, and the other was one of the most horrendously stupid movies I’ve ever seen. Oh yeah, guess what his last big movie was before this flop-fest:

Yep, one of the worst films of the last decade. Like I said, no one in Hollywood has worse luck than Taylor Kitsch.

But to Mr. Kitsch’s credit, he’s the best thing about every one of those crappy movies. His John Carter was essentially Batman with way less clothing. His voice even sounds like the Christian Bale gravel, but better. He’s a good actor stuck with bad movies. He’s essentially another Henry Cavill. If Cavill, a guy with not a single good movie to his name before Superman (as disappointed as I was, it’s not a bad film), can make a superhero work, than the same goes for Kitsch. The man needs his big break, and Batman is his way to get it. Zack Snyder, if you give Taylor Kitsch a chance, I’ll forgive you for the lack of underwear. 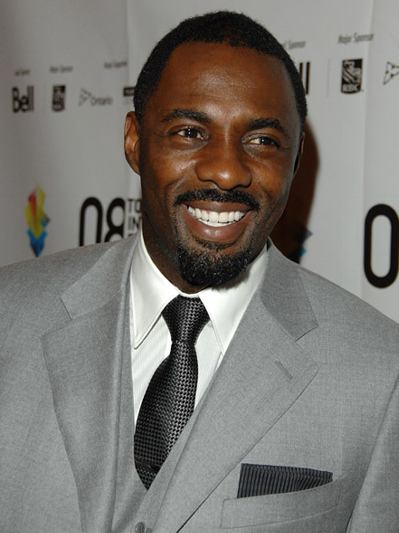 Yeah, he’d make a fantastic James Bond, but Idris Elba is a slightly luckier version of Kitsch. And believe me, despite him being in Ghost Rider: Contractually Obligated Crappy Sequel and Prometheus, Elba was the best thing about both. Do you see a pattern here? Namely, great actors with bad luck. And Elba could be the crown prince of that if not for Kitsch. Besides, it’s about damn time that the man gets a leading role in a tentpole film. Although he’s the new Nelson Mandela, apparently.

Ryan Gosling.
“Hey Girl, I can be the Batman to your Rachel Dawes who isn’t horribly murdered.”

This one’s been named a lot, and I can kind of see why. After smartly ditching his sex symbol status to regain his place as an actor’s actor, Gosling has actually become one hell of an actor. He could nail the intensity of the Dark Knight for sure. He’s also one of those rare actors who is universally appreciated by both men and women. So yeah, put Mr. Hey Girl up there on the list, Snyder. You dumb perverted little piggie.

Evidence of Zack Snyder being a perverted little piggie: that sex scene in Watchmen, all of Sucker Punch, Superman NOT HAVING HIS DAMN UNDERWEAR.

I admit that I haven’t seen The Lone Ranger (who did? AYYYYYY OOOOOOO), but I did see him in The Social Network, and I love that film to death. He did a good job as the douchey Winklevoss twins (and made them look like actual twins), and who better to portray our favorite rich boy than the actor best suited for playing them? He’d nail the Bruce Wayne part of it for sure. And let’s face it, much like Kitsch, Mr. Hammer needs a career savior. Just please, keep Johnny Depp away.

I’ll admit that I know the least about him. But something about Hunnam makes me think he’s got a shot. I’ve seen him in Sons of Anarchy and Pacific Rim, and I think he’s got the x-factor that might get him the job. Personally speaking, I’m pretty sure at this point that he’s gonna get the call, since he’s got something the rest of them don’t: a connection to Warner Bros. Elba does too, but old-fashioned race issues makes me think that they won’t choose a non-white actor to play a major superhero for a while. This is coming from a guy who knows that Elba is awesome.

Anyway, Hunnam. He’d do a good job. Maybe he’s not distinctive enough, but he’s certainly got an edge over most others for his unconventional appeal.

Here’s some people who shouldn’t be Batman who I saw rumored to be him online:

Bradley Cooper: Hell no. Man is about as much as a hero as Ryan Reynolds. Both of em need to stick with comedy.

Chace Crawford: Oh HELL no. Keep that douchebag away from my Batman! Too much pretty boy, not enough emotions!

Robert Pattinson: C’mon, are we seriously even trying now?

Brandon Routh: Ah, Brandon. The Taylor Kitsch of last decade. Good actor, horrible luck. As much as I like you, and as good of a Superman that you were in an otherwise awful movie, no. No Batman for you. If Henry Cavill leaves for any reason, you’re welcome to come back as Superman again.

Well, that’s all she wrote. But we’re getting a Superman and Batman film, folks. This is as close as we’re getting to a Justice League movie.
Please don’t mess this up, Zack “I Use Too Much Slow Motion” Snyder. Make sure Chris Nolan keeps that leash tight.

“Did you just fart?”
“If I’d farted, you’d have been blasted off into space.”

BONUS: Joe Walker. The guy who played Batman in Holy Musical Batman!, the hysterical fan-made musical that the new Superman/Batman movie should imitate. If you got a couple hours to kill, we’ve got the entire thing to watch below. Tell me they shouldn’t adapt this: