We are not quite done killing zombies. Not by a long shot. When will our hero run out of gas? Hopefully long after his chainsaws, because there are just so many more naked tattooed zombies to eviscerate!

The saga of the Shaolin Cowboy’s war against the walking dead, who have followed him from the Fourth Level of Hell, is running on fumes. Will he, with only his fists and twin chainsaws, be able to reform this congress of the undead before its mindless hunger and overpowering self-interest overrun the world?!

* Comics’ brutalest hero is back!

Just like that, Geof Darrow does it again. Defying all laws of comics (and physics).

But from this official description, it looks like there is just one more issue in this series…Yes, I just confirmed it from next issue’s official description. And while this series has apparently been severed into just four issues, we can still find Geof’s amazingly detailed art (and likely, gory blood letting) in Dark Horse Presents each month.

Okay, that’s cool – I certainly hope that a steady DHP gig works out for him, because the amount of work he puts in, is awe-inspiring.

Speaking of awe-inspiring, did you like the last issue? Well this one is more of the same. I am just AMAZED how much Geof has poured into these pages. The book is over-sized, with virtually zero dialog. Do you realize how much space dialog boxes usually take up? Yeah. This book is just page after page of detailed gore. Now, as far as the story goes – not much more going on. Sure, we get a creepy photo-shoot at the beginning, and a couple well placed flashback panels at the end, but the vast majority of the issue is still a head stomping, limb tearing, brain spilling, gore-a-palooza.

Again, I cannot stress this enough – take a close look at all the detail. More gross naked tattooed zombies than I thought could exist.

Finally, a HUGE SHOUT OUT to the pinup artist for this issue: Daniel Warren Johnson – an amazing artist that is just at the beginning of being recognized as one of the best in the business. Thank you Geof for giving Dan a pinup in your awesome book, and congrats Dan for the continued and awesome work! 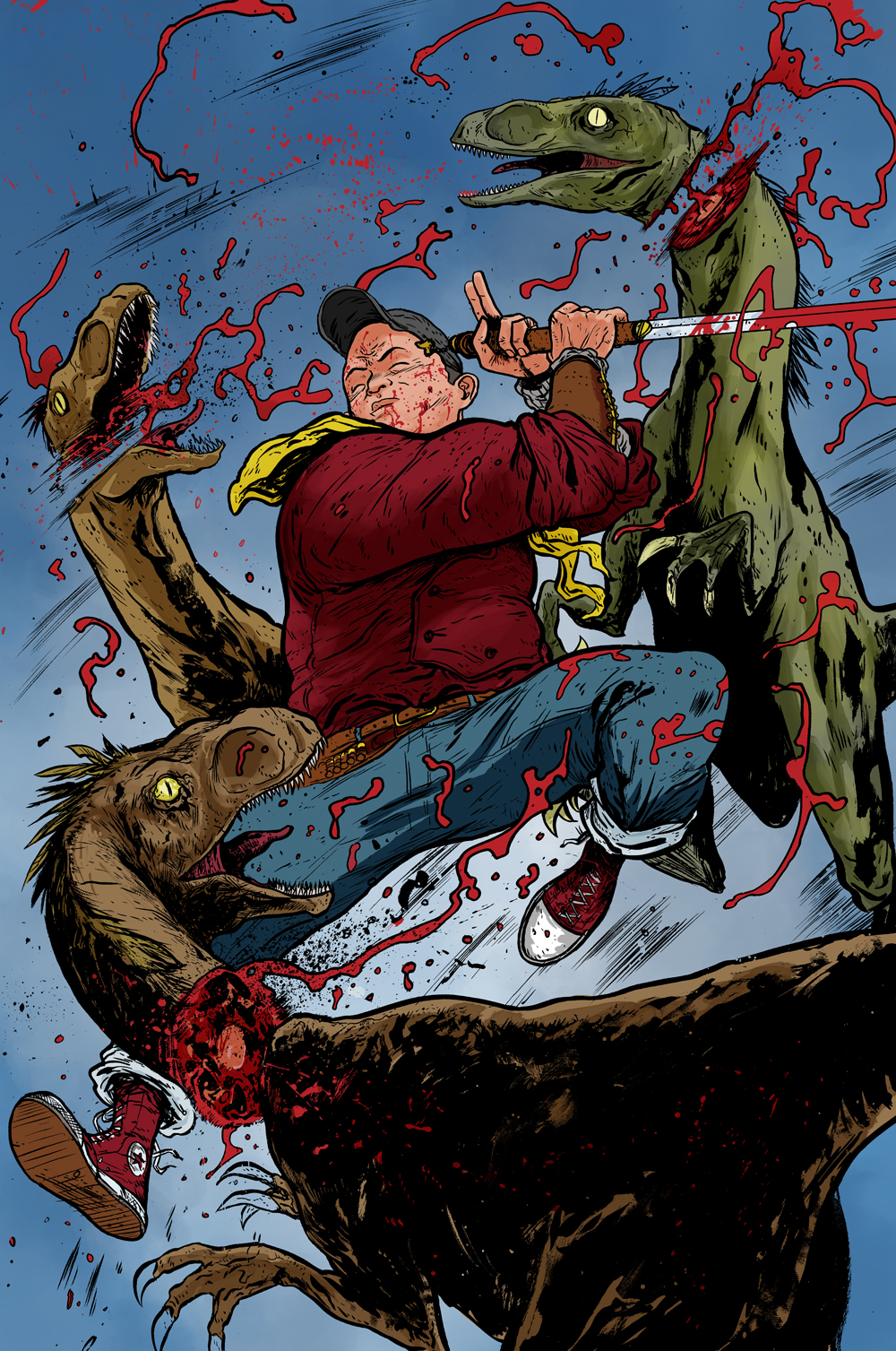 Shaolin Cowboy is still breaking the rules and is full of amazingly detailed art, so it still deserves an awesome score: