Today Marvel released a trailer for their Marvel Comics API (application programming interface) which has been in beta for almost two months now.

The new API service is the first of its kind that is run by a comics publishing company – in fact, it is part of Marvel’s larger digital initiative that also includes their Infinite Comics line.

The service gives users access to thousands of Marvel’s characters, artwork and covers to “develop your own unique digital experiences” from applications, web plug-ins and other nifty technothingamajigs for use on digital platforms.

However, that’s as far as this novice reporter can go with understanding all the techno-whatsits and the digidoohickeys, so I decided to forward this shiny piece of modern technology over to UnleashTheFanboy’s technical support and information technology department. Walking down ten flights of stairs to the cramped but surprisingly well-lit basement that makes up the backbone of UnleashTheFanboy’s digital platform, I found that the IT department office. Entering the room I find a couch, a flat-screen, two middle-aged employees and an intern.

Asking them for someone that can help me to understand Marvel’s API service for an article, the two middle-aged employees look at each other and then back at me. “You want our help?”

I hand them my laptop and show them the Marvel Comics API service. Looking at each other again, as if to say that they are not being paid enough for this, they do the only reasonable thing someone in their position would do – hand the laptop to an unpaid college graduate intern and tell them to handle the problem.

The unpaid intern, however, then pointed out that I never watched the full trailer which would explain exactly what the Marvel Comics API is. 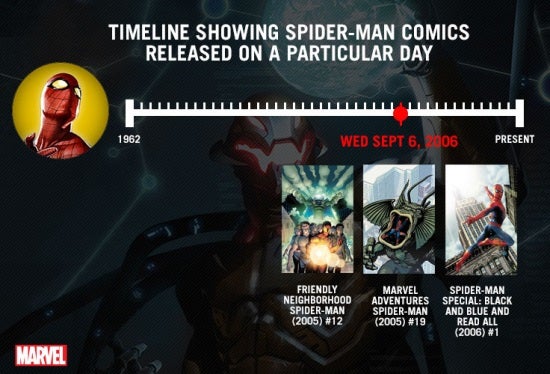 While trying to explain that I am a busy person with lots of deadlines to meet and that in no way do I ever get lazy and throw my problems at unpaid interns to solve, the intern simply clicked “Play” and showed me that the service is designed to give people access to web development tools that would then allow them to create comics-related features on their websites or applications.

For those interested in participating in the beta test, you can sign up for a key at developer.marvel.com.